With Silver Bells and cockle shells and pretty maids all in a row.

The origin of this nursery rhyme is not known. The oldest know print version is from Tommy Thumbs pretty song book published in 1744.

With the invention of the printing press, It was becoming much easier to print and circulate stories and rhymes that had only been spoken or hand-printed over many years, even centuries. It was a time which became known in the 18th century as the, “Age of Enlightenment”. As more printing presses were produced, more information was published at prices that the general public could afford. More people learned to read. Its not surprising to see how variations on the old traditional nursery rhymes might sell more books. Especially if they involved scandal of royalty or public figures. Both Mary I of England, also known as Bloody Mary, and Mary Queen of Scots, are thought to be inspirations for the rhyme. To learn more about this, go to the Wikipedia page Mary Mary Quite Contrary.

2022 is the 101st anniversary of the origin of the Bloody Mary cocktail. There are several people who have claimed its invention, but the most reputed is Fernand Petiot, from The New York Bar in Paris, 1921 according to wikipedia.

1-2 oz Vodka
5-6 oz of tomato juice or V8
2-3 healthy dashes of Worcestershire sauce
1/8 teaspoon of Prepared Horseradish
A squirt of Lime juice from a syringe (vaccine effect) or 1/4 of a lime squeezed
1-2 teaspoons of a pickling juice (like Dill or Pepperoncini or pickled vegetable)
2-3 dashes of celery salt
2-4 turns of pepper from a grinder
Tabasco or your favorite hot sauce to taste
Lots of ice and stirred well
Garnish with whatever you like.

If you are looking for the bloody Queen Mary Tudor, go here.

The infamous carrier of typhoid fever, was Mary Mallon, also known as Typhoid Mary. Typhoid Mary was identified as a spreader of typhoid fever, yet she refused to self isolate herself. In 1907, she became the first carrier in the United States to be identified and traced. She was a cook in New York, who was directly responsible for 51 cases and three deaths, although indirectly responsibly for countless more. Typhoid Mary is a term for people who spread disease.

For more information about Typhoid Mary go to the Wikipedia page on Mary Mallon. 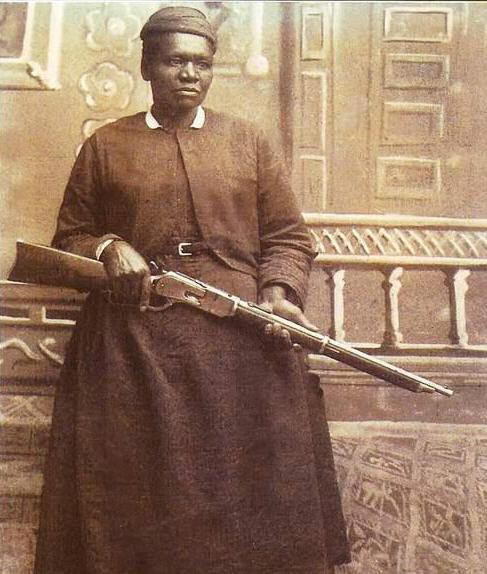 Mary I, also known as Mary Tudor, was the Queen of England from 1553 until her death in 1558. By linage, Mary was the rightful heir to the throne after the death of her half brother, King Edward and her father, King Henry VIII. She was called Bloody Mary because she tried to restore England to Catholicism and had over 300 Protestants executed for heresy.

Mary had many enemies, especially those who had acquired wealth and land from the confiscated Catholic monasteries seized by her father, King Henry VIII. Parliament also opposed her marriage to a foreigner, King Phillip II of Spain. In 1557 Phillip persuaded Mary to commit England to helping him fight against France, which cost England Calais, England’s last possession in France. And the people of England resented paying higher taxes to pay for a war that only helped Spain.

When Mary died in 1558, she was succeeded by her half-sister, Protestant Queen Elizabeth I. So the Counter-Reformation in England came to an end. The Pope excommunicated Elizabeth in 1570 and Catholics rebelled against her. Elizabeth executed as many Catholics as Mary burned Protestants. So why was only Mary cursed with the label “Bloody Mary” when both Henry VIII and Elizabeth I had been just as “bloody”?

In 1563, an English Protestant historian John Foxe published “Foxes Book of Martyrs”. It was widely published, with the invention of the printing press. It was available in every cathedral throughout England. Catholics consider Foxe a significant source of English anti-Catholicism and Protestant propaganda. It was Foxe who dubbed her the “bloody queen”.

For those looking for the Bloody Mary cocktail, go here.

It wasn’t just Mary, but all popular names began falling in numbers. Except for a few trendy names that would surge then fall after a few years, statistics began showing that people valued more unique names celebrating the individual. In 1950, only 5% of parents chose a name for their baby that was not in the top 1,000 names. In 2018, that figure was up to 27%.

So why are Mary, and other popular names disappearing?

In 1945, there were probably fewer than 10,000 TV sets in the country. But TV sets soared to about 6 million in 1950, and to almost 60 million by 1960. TV entered every household and created a national common experience. And TV programming was made affordable by advertising sponsors who capitalized on this mass media to tell us who we were and what we needed to realize our dreams.

Madison Avenue took consumerism to the next level. We had to have a Westinghouse appliance, and “See the USA in our Chevrolet“. Its no wonder that we started searching for something that distinguished our identities beyond the products we bought and our need to have what everyone else had. A new age of individualism began. And not just in America, but worldwide. A way to create our own individual brand with our name.

So Mary ranked the 126th most popular girl’s name in 2018. Emma was number one. Emma was number 3 back in the early 1880s then spiraled down to number 463 in 1976 before making her comeback. But for Mary, it may be awhile. There are still a lot of Mary’s around. Albeit, older Mary’s. After all, It’s a Grand Old Name.

* In 1947 Mary fell to number 2 behind the name Linda for 6 years. Why? Talk about trendy names…Because of a song named Linda which hit number one in the charts in early 1947. A very interesting thing about that song that Jack Lawrence wrote, is that he took the name of his friend and attorney’s daughter for the song. His attorney was Lee Eastman. If Linda Eastman sounds familiar, it is because she was a famous rock star photographer, vegetarian advocate and wife to Beatle, Paul McCartney.

Mary Wollstonecraft is regarded as one of the founding feminist philosophers. Feminists often cite both her life and work as important influences. During her brief career, she wrote novels including a history of the French Revolution, a conduct book, and a children’s book. Wollstonecraft is best known for A Vindication of the Rights of Woman (1792), in which she argues that women are not naturally inferior to men, but appear to be only because they lack education. She suggests that both men and women should be treated as rational beings and imagines a social order founded on reason. If you’d like, here is a link to her writings: The Complete Works of Mary Wollstonecraft (10 Books With Active Table of Contents)

Wollstonecraft died at the age of 38, eleven days after giving birth to her second daughter, Mary Wollstonecraft Godwin. Known as Mary Shelley, her best known work was the Gothic novel, Frankenstein who some consider the first science fiction novel.

A song written by Michael Nesmith before he was a member of the Monkees.  It was first recorded by The Paul Butterfield Blues Band on their East-West album on Elektra in 1966. The Monkees were musicians brought together for a TV series in 1966 who were creative artists in their own right.

Nesmith: “That song was written to be a hit. I knew it would be a hit. I never once thought of me doing the lead on that one. Mickey was my choice for that.”

Michael Nesmith passed away on December 10, 2021. Rest in peace Michael. Thank you for all you gave us.

The lyrics to the song are about a fellow wanting just to be with Mary. It is interesting to note that other songs written during that time often used the name Mary to represent Marijuana.